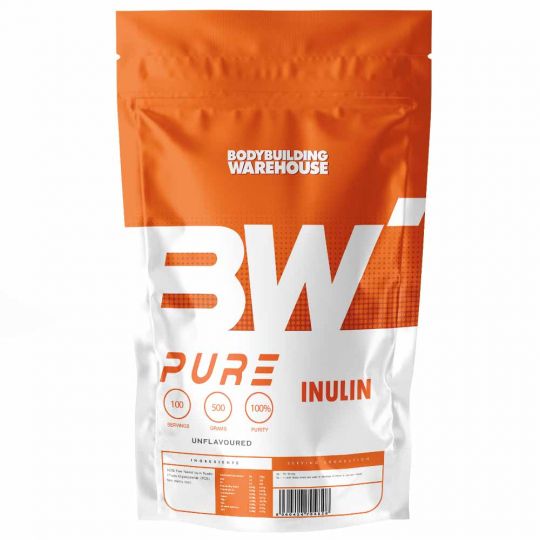 Save %savings% now by SuperSizing your order!

Trustpilot
Product Q&A 0
0 Questions, 0 Answers  Ask Your Question
Search Q/A
Sort by
Expand All +
Be the first to ask a question about this product

What is Inulin?
Inulin, a carbohydrate that is predominantly found in pulses such as lentils, chickpeas as well as artichokes. Inulin encourages the growth of probiotic bacteria in the gut which in turn encourages a healthier immune system, thus aiding defence against disease and illness. Chicory has for a long time been added to coffee in the south following this belief of immune boosting properties.

Who could use Inulin?
Inulin can be used as required in your daily diet, it is also used in baking to preserve the moisture in cakes and biscuits, but also as a binding agent. Inulin can also be used as syrup, by mixing it with water and heating. Finally, this versatile fibre can be used in smoothies to make them thicker and more satiating.